On a weekend afternoon, I received a phone call from one of my mentees who was learning to trade options using a high probability options trading system.

He was a diligent trader who always analysed his trades after they closed and made it a point to read up on trading. This time around, he had a few losing options trades in S&P500. After analysing his trades, though, he couldn’t identify what errors he had made which had led to losses. So, he decided to give me a call to seek my help.

We talked for a while on the phone, and I spent a good amount of my time understanding his trades. I realised soon that there were no errors on his part!

He had a workable trading approach that provided good results with a nice payoff and winning ratios. He followed his rules accordingly, and his execution was perfect. The losses that had happened were simply because- there were economic situations outside his control, and markets can remain irrational longer than one can afford. Even though he was using a good system, the stock market continued to be volatile.

So, the first question I asked him was, “Why do you think there were errors on your part?”

He replied in a confused tone, “I used a high probability options trading system with a very good payoff ratio, so, I was certain that my option or stock trade would be profitable!”

“Wow”, I thought to myself. That is an extremely dangerous trading assumption.

I spent the next half an hour explaining to him that his trading approach is still working, and he hadn’t made any mistakes. However, no matter how well he executed his trades; there will be losing trades- because stock or options trading is a business of probabilities.

This, however, is quite different from most things that we do in our day to day life.

In school, for Mathematics and the Sciences, if we apply correctly what we have been taught, we will then surely arrive at the right answers at exam time.

In our day to day life, once we learn how to drive a car, operate a new mobile phone or a new computer system at the office, we will always get the same results even by applying the same approach.

But options trading or stocks investing is a totally different business.

Trading is a business based on likelihood, probability.

Human psychology, driven by fear and greed, compounded by millions of humans involved in trading can and will drive prices asymmetrically, especially in short term.

And then, each individual trade has a probability of 50% i.e. it will be profitable, or it will be a losing trade.

And that’s just the nature of the trading business. The sooner we accept this, the better we can operate it as business.

The issue is that most people understand and accept that trading is a probability game only INTELLECTUALLY. They do not accept EMOTIONALLY that they will have losses.

And in a probability business, it is guaranteed that we will eventually experience not just one or two, but maybe even a string of losses. This can be in the form of losing days and at times, losing months!

It gets tougher when we experience extended periods of losses or poor performances. That’s where average traders quit- they never had accepted emotionally that they are starting a probability business in the first place. Looking for more knowledge, better trading systems or striving for flawless execution to avoid losing trades will only lead to more frustration.

After learning the difference between "sure thing" i.e. certainty and "chance" i.e. probability, he is much better at trading now...profit/loss doesn't move him much now...it's a business!

Trading is a Probability Game

Accept from the start that you might see losses.

Learn to prepare well and respect the risk. Scale-up gradually and understand the difference between Probability and Certainty.

This is an extremely important mind-set concept that's valid primarily in the areas of investing and trading. The earlier you adjust your mind-set according to this, the better results you will see.

Markets were there and will always be there. Making yourself comfortable with this concept and thinking in terms of probability in trading will propel you to breakthrough to the next level bringing more consistency while significantly reducing frustration.

Did you face similar instances or something similar in your life where you thought it was a certain outcome, but the end result was in fact different?

If you were to change the outcome, how would you otherwise approach that?

Join the conversation by leaving a comment or question below.

Seeding for your success

Get the weekly email to discover financial news that matters, to know bull & bear sentiments, to get simple yet powerful wealth hacks and join a fun community to help you achieve your greatest financial life, no matter where you are starting out. Stay informed and entertained, for free. 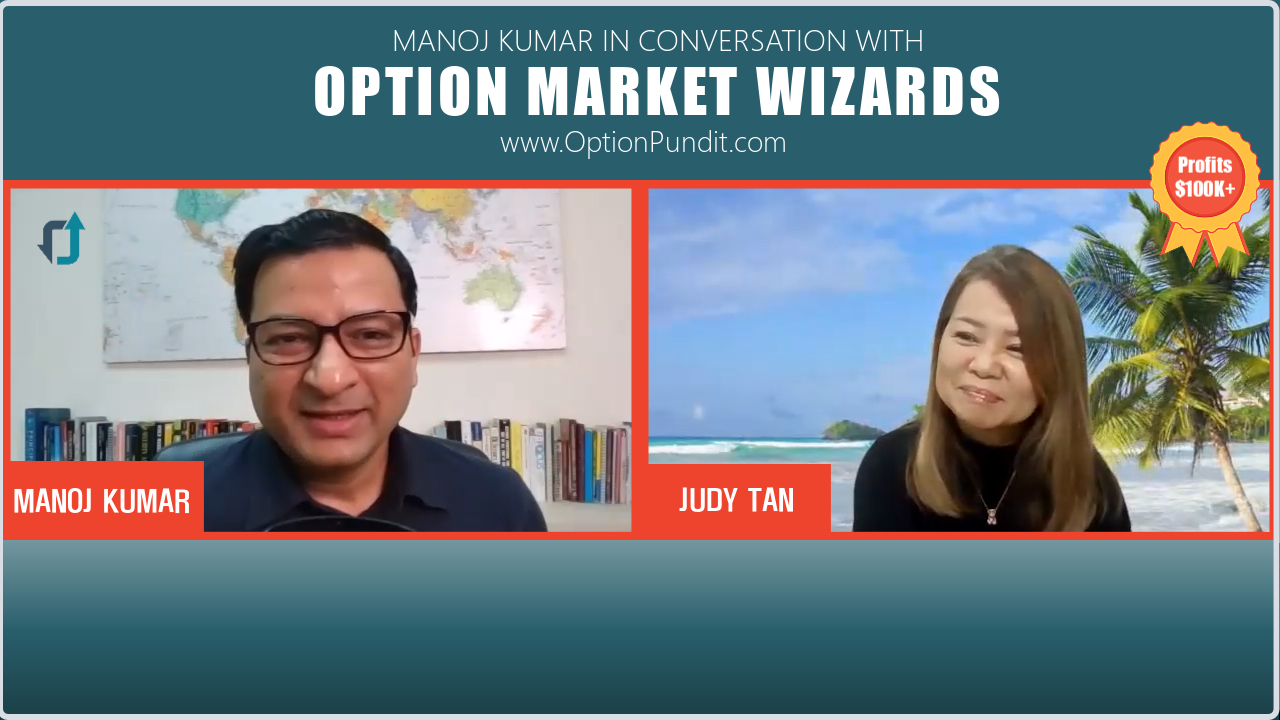